Pelikan models without name or without assignment

The name of this cartridge fountain pen corresponds to the model of the school and youth fountain pen P459, which was launched on the market in 2006. The design of this fountain pen is similar to that of the Pelikan P2000 fountain pen set from 2008, namely the clip, the screw cap and the decorative ring at the barrel end.

However, the Grand Prix models were manufactured a few years earlier: The clip of the orange, light blue, pink and purple fountain pen bears the engraving 'W-Germany', which suggests production before 1990. The other three fountain pens are made after 1990, because here only 'Germany' is engraved.

The grip profile of the pens was initially profiled and was later replaced by a smooth profile. This can be seen on the red and blue models. Further an adjustment of the imprint took place: The lettering 'Pelikan Grand Prix' at the cap edge was placed on the barrel, the clip with the lettering and logo Pelikan and GP printed.

However, the ink feeder and nib do not point to production in the Pelikan factories, but to commissioned work for export purposes. These Grand Prix fountain pens were also found in Bulgaria and Italy.
It is not known how many variants and colours of this fountain pen exist. 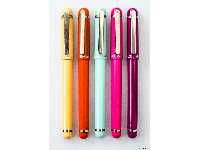 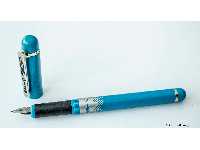 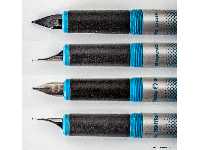 I got a hint that this model was sold approximately 2003 in Italy under the name fancy.

At first glance, you might think: ah, a Pelikano. But upon closer inspection you realize that the typical Pelikano engraved clip with 'Pelikano' on it is missing. The cap has a similar design to that of the Pelikano model 4. but instead of the imprint on the clip you can find on the cap edge the engravings 'Pelikan Germany'. And in particular the grip section profile of this pen is identical to the shape of the model 3 Pelikanos, so this pen is believed to have been created around 1973. Perhaps this is even an export model, since it was found in the Netherlands. 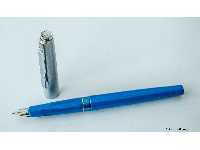 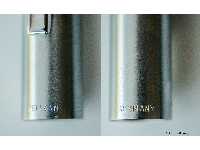 There are writing sets on the foreign market, whose pens corresponds to the shape of the Primapenna of the 1970s. Notwithstanding, the brand name Primapenna was replaced by the word Pelikan on the clip. The colors of these pens (Metallic Green from the Netherlands, Red Orange from Italy) can not be found in the Primapenna of this time. It was most certainly also produced by Merz & Krell, who had been producing the Primapenna for Pelikan Milan during this time. 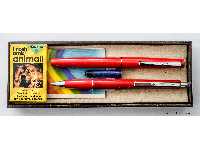 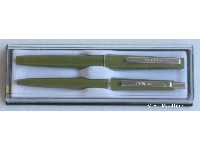 This fountain pen stands out because of the strong longitudinal fluting on both barrel and cap. The ends wearing blue marbled plastic caps. The decorative ring in the middle is imprinted with the word 'Pelikan' and the company logo. The clip is gold plated and has the shape of a tapered beak clip that was typical of writing instruments in the 70s. This pen was found in France.

These pens have a slim look, and lie well in the hand because of the weight of the metal barrel and the cap, which is a distinctive feature of this Pelikan cartridge pen. The painted barrel, cap sleeve and fittings are available in different colors. Only a golden printed 'Pelikan' on the sleeve of the cap indicates the origin of the writing instrument. The beak clip corresponds exactly to the above-described fountain pen made of stainless steel with plastic ends. Likewise, the grip section with the ink feeds are absolutely identical. 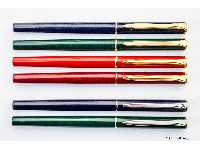 This is a set of ball pen and fountain pen. The metal barrel and the cap are laquered. The gold-plated clip bears on some pens the imprint Pelikan.

The same model was found in Palma de Mallorca in rainbow colors with the base color purple.

Other fountain pens of this type were found in Italy. Since the model name is not known, it is listed here as "Mediterranean" until more details are known. 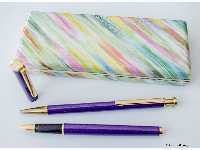 Around the year 2000, these pens were sold by Pelikan Milan. The rather heavy writing instrument has a painted metal barrel and metal cap. The pen was most likely produced by the company Mutschler in Heidelberg. The elaborate painting work points to the company Dummert in Pforzheim, who has carried out this work for Mutschler.

It is possible that more color variants of this model have been created. 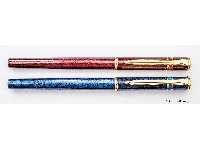 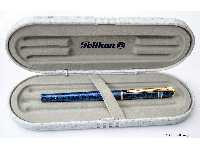 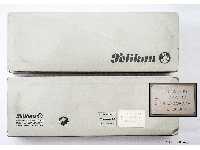 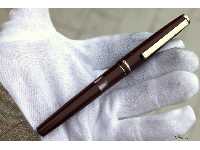 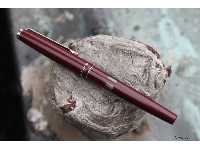 The fountain pen was made by "Reform - Mutschler Schreib- und Zeichengeräte GmbH" made in limited quantity in Heidelberg. Since 2003 the company no longer exists. 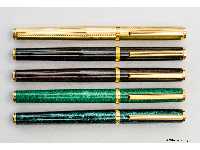 Cartridge filler with screw cap, barrel and cap made of plastic, the end of the barrel is made from metal, free-standing stainless steel nib.

The shape, the clip, and the nib with the ink feed corresponds to the fountain pen from the Pelikan Set 2000 of 1998, although there are slight deviations in the sizes. 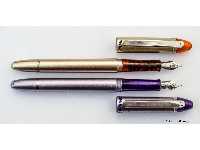 This fountain pen with advertising imprint for the Italian company MondOffice is printed at the barrels end with Pelikan and STAFF Stilo (staff-pen). MondOffice is a subsidiary of Stapels in Italy, responsible for the mail order of office supplies. 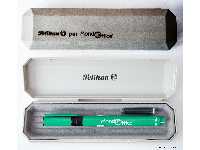 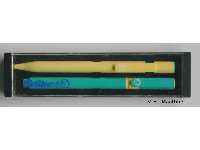 These fountain pens made of transparent plastic and partly silver-coloured shaft and cap, also made of plastic, have the same shape as the youngster´s fountain pens from the years 1986-2000. 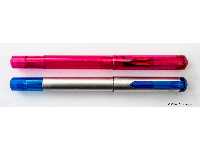